The announcement was framed as a done deal, this is not true!

Whittier ECE8 has been recommended to be closed by DPS and dispersed into other schools in the district. Below are some reasons why we think this is a bad idea, and resources to help you get involved if you agree. Most importantly though, You Can Help By Taking Action.

On Thursday, November 3rd at 4:30pm at 1860 Lincoln Street there will be a school board meeting about this matter followed by public comment. Your voice is important as we move through this process.

Denver School Board Vice President Auon’tai Anderson will host a community circle moderated by RTD Director Shontel Lewis, starting at 6:30 at 2836 Welton St. You can RSVP via Facebook.

Attend the public comment forum from 430pm to 730pm at 1860 Lincoln St. Free parking to the north of the building at 19th and Lincoln. This is in-person only.

Attend the Board Meeting starting at 4:30 pm on Thursday November 17 at 1860 Lincoln Street and encourage the board to vote NO!

If you would like to get involved or have ideas on how to help, pleae join our Google Group.

The Whittier school has served as a shining light of educational and diversity values for Colorado, Denver, and the surrounding community since its founding.

A Declining Enrollment Advisory Committee was formed to create recommendations on how the district should address ongoing declining enrollment. The plan they recommended, that was accepted by Superintendent Alex Marrero, was to close ten schools: eight Denver elementary schools, one K-8 school, and one middle school. All 10 of the schools are district-run schools, with no charter schools included on the list or considered under the single published criteria for selecting which schools would close.

The current proposal has Whittier being dissolved into the other schools in our enrollment zone (ECE-5 and 6-8 schools shown below): 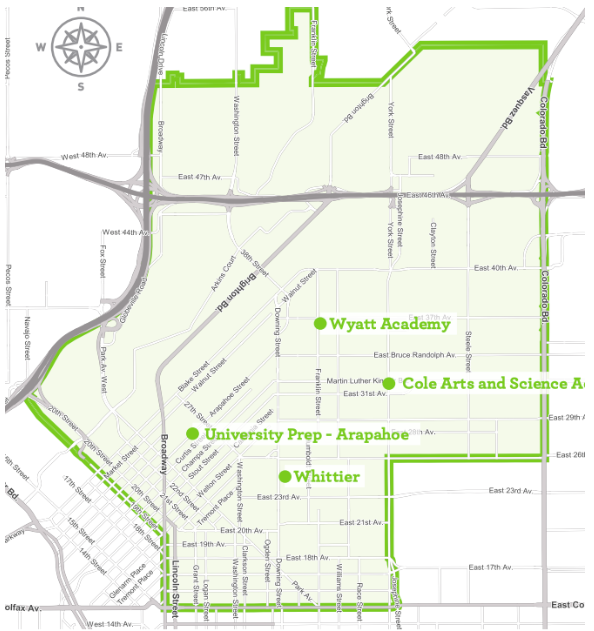 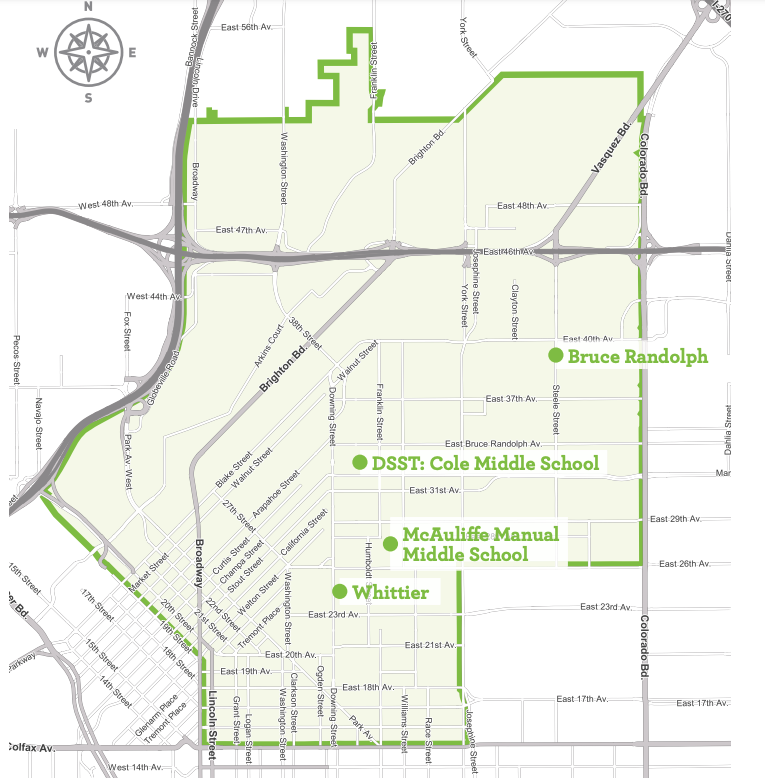 The presentation to the board about the unification plan can be found here: BoE Presentation, Criteria

It is important to note that as Whittier ECE-8 is the only ECE-8 school included in this plan, it is the only school that will NOT be combined with another one-two schools but rather the student body will be dispersed amongst six other schools. This means our students are excluded from the transition plan as outlined by the district to help alleviate the traumatic effect this plan will have on our students and the community.

Denver Public Schools and the school board have given school communities no more than three weeks during the fall holiday season to announce, understand, “collaborate”, “engage”, and vote on the decision to close 10 district run schools, negatively impacting hundreds of families, thousands of students, and many dozens of educators/staffers.

DPS claims that declining birth rates in the district are behind their decision to close Whittier and nine other schools. However, The map shared with the BoE in June shows that Whittier is surrounded primarily by neighborhoods that have seen an increase in population under 18. 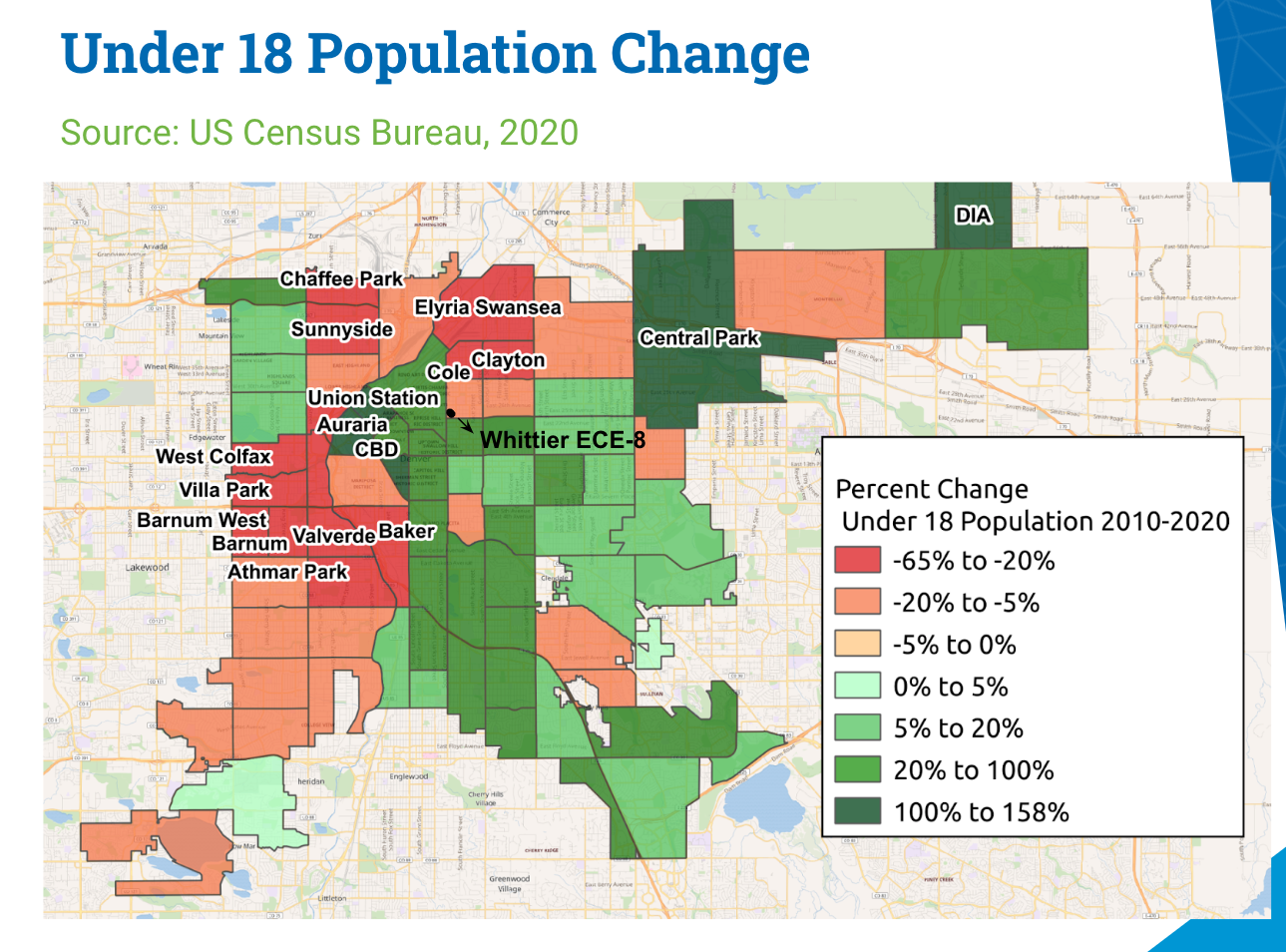 The schools that the district proposes Whittier consolidate with have not all seen increases in enrollment:

Whittier ECE-8, as seen in the chart above, is the only school in the enrollment district with an increase in enrollment, yet DPS is suggesting it be dissolved into the other schools. Despite multiple inquiries, DPS has failed or refused to provide the precise criteria they used to come to this conclusion. Our community agrees something needs to be done about declinig enrollment in DPS and the budget shortfall that creates, but we do not believe arbitrarily picking schools to close based on unclear critieria is the way to do it!

DPS core values aren’t at the core of this decision